In English or in French
For all kinds of audiences 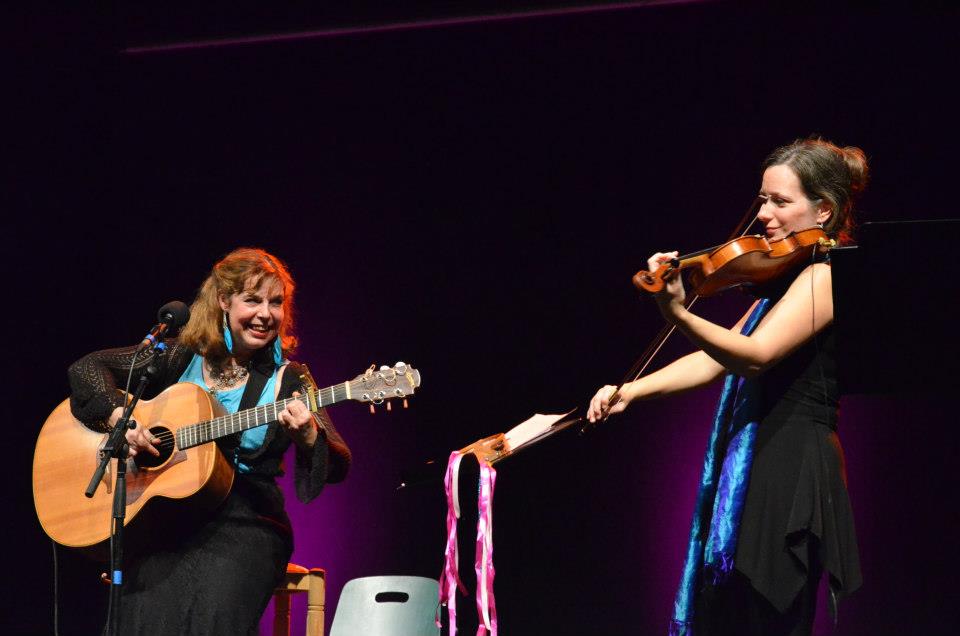 Helene Engel and her musical bands can offer a consistant number of shows.
Below are the 3 most popular ones, and on the right, a whole choice of other programs

Voyage
Traditional songs as well as modern compositions in brand new arrangements from the Jewish traditions of all over the world. Discover the gems of the Jewish culture, seasoned with humor  and a tad of nostalgia.
Click here to view details
Songs and from various Jewish tradition carry us back to the melodies of the Golden Age of Spain, and moving on to the music of a more modern Europe. These songs in Jewish-Spanish, Hebrew, Yiddish, French and English convey a biblical heritage kept alive through the centuries and across many lands, as well as presenting more actual issues. From joy to sadness, from hope to despair - the whole range of human emotions finds expression in the rhythms of the cycle of Jewish life. Holiday or commemoration, seasons are marked by a song for each occasion, and stamped with the many shades and colors of exile.
Fêtes des Neiges
Songs of the winter season: Chanukkah, Christmas etc. from all over the world in original language.
Click here to view details

The Jewish songs are selected from a variety of Jewish traditions, some well known to share, others to discover.

The other songs come from Christmas carrols from all over the world.

Many songs are translated into English and French, offering an opportunity to bring together the voices and the hearts of the whole audience.

The show is designed to be interactive. The audience is encouraged to join in singing, clapping, talking and shouting, and sometimes even more!

Convergences
3 musicians from 3 continents blend their Mediterranean melodies, klezmer chords and Indian rhythms to enchant you.

French-Jewish Mosaic
Old and contemporary songs by both Jewish and non-Jewish composers, with themes linked to Jewish life mainly in French It includes  also a few folksongs translated into French, several bilingual or trilingual songs, and essentially texts in French.

Words of Women
Women songs in all styles: French chansons and folksongs from around the world. Sweet songs, fighting songs, songs of struggle and songs of hope.

One, two three, won't you sing with me
Children's songs in many languages. Songs of laughter, of surprise; songs for listening and for singing along; songs that make you want to clap your hands or close your eyes. Something for every taste and every age.

La Serena
Sephardic romances from Spain and the Middle-East. An atmosphere of passion and dreams, wanders and wonders, on a backdrop of purple and gold.

Bublichki
Yiddish songs of love and daily life in the shtetl, From Vilna to Brooklyn , a bitter-sweet mixture of tenderness and irony, tragedy and humor.

The Rooster and the Beaver
Folksongs from the cultures of France and Quebec. Distant cousins in time and space, the French and Quebecois have much more in common than just a language: always ready for an argument, passionate in love, gourmet food and numerous songs.