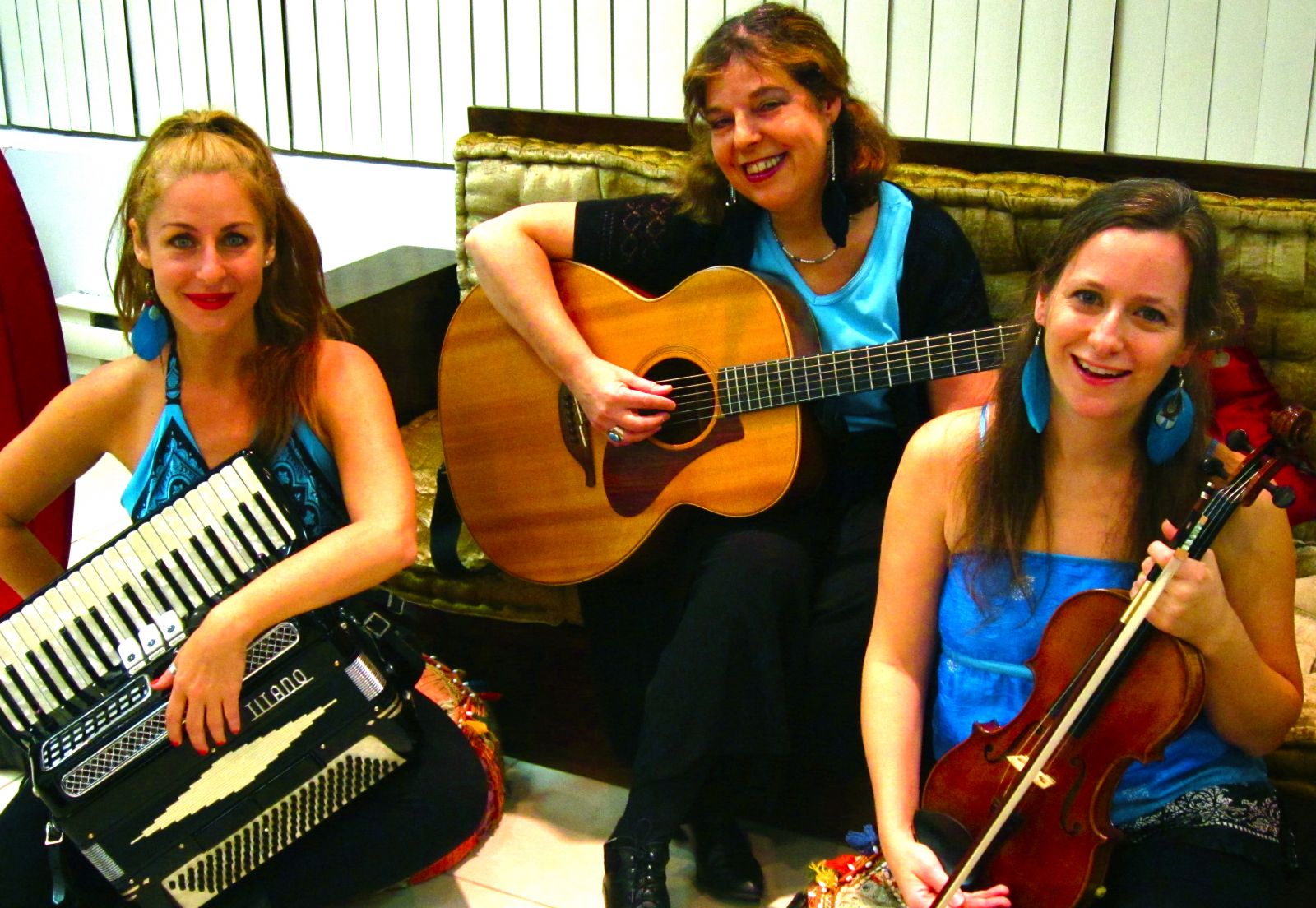 Jewish songs of the world with klezmer flavor

Voyage is a selection of Jewish songs from various traditions taking us back to the melodies of the Golden Age of Spain, and then moves on to the music of a more modern Europe, including Engel’s compositions. These songs in Jewish-Spanish, Hebrew, Yiddish, French and English convey a biblical heritage kept alive through the centuries and across many lands. From joy to sadness, from despair to hope, the whole range of human emotion finds expression in the Jewish rhythms of life stamped with the special musical stylings of Helene Engel Trio.

Diversity (is) on: playing with words or languages, macaronic songs or mystical or spiritual songs,  happily nostalgic, swing bluesy, jazzy. (…), an ensemble with a deep soul

Her lyrics evoke visions of olive trees fields and scents of cinnamon and cumin. To heartfelt themes such as the painful legacy of deported Jews, she expresses thoughtful simplicity and lyricism.

The versatile Engel sings in Yiddish, Hebrew, French, Ladino, and English. With the help of Henri Oppenheim, the arrangements have an authentic sound unique to each region visited by these songs.
(…)Bon Voyage!


Helene Engel takes us for a

in the heart of the Jewish Tradition 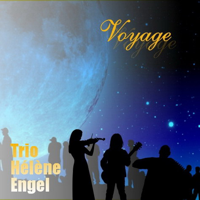 Bio of the trio
The Helene Engel Trio began in Montreal in 2005 and has since been performing with their show "Traveling Notes," a voyage of Jewish music from all corners of the world. Through her years of Judaic research and exploration, Helene Engel has brought together a broad repertoire of melodies, music, and texts in Yiddish, Hebrew, Judeo-Spanish, Russian, French, English and other languages. The show visits those little but precious moments of Jewish life full of flavour, humour, melancholy and joy, including Helene's own compositions. Henri Oppenheim was the first accomplice starting a duet with Helene Engel in 2004. Then Marie-Neige Lavigne joined them in 2005. And this year 2012, a big change occurred Melanie Bergeron entered the bal, replacing Henri Oppenheim and the new formula of the Helene Engel Trio is now an all feminine team.

Helene Engel
Helene ENGEL is a classically trained singer, musicologist, composer, lyricist and arranger. A native of Paris, France, she is a specialist in Jewish folklore singing in Yiddish, Hebrew, and Judeo-Spanish, English, French and numerous other languages. She is passionate about every aspect of Jewish music, from ethnological field work collecting old songs to new compositions, from traditional folk songs to discovering exceptional and unknown melodies. Her tours include regular appearances at festivals in France and elsewhere in Europe. Now based in Montreal, she is occasionally the cantorial soloist at Temple Emanu-El-Beth Sholom and a permanent choir member at Shaare Zion. voyage is her 5th recording.

Melanie Bergeron
MÉLANIE BERGERON :
After completing her studies in classical piano interpretation at Université
de Montréal, she starts playing the accordion and creates the group Gadji-Gadjo.
In 2006, she plays with "Quartango" and is the accordionist on the Cirque du soleil album " Cortéo ". In 2007,  she plays and sings for the Cirque Éloize in a tour in Mexico. Since 2009 she accompanies Pol Pelletier and leads the group RADIOTANGO.


Marie-Neige Lavigne
Classically trained violinist Marie-Neige Lavigne now plays different musical styles, from Gypsy Jazz to the contemporary compositions of her trio « Cord’Âmes », while granting ample space to the Jewish and Québecois folklores. As she said to Helene Engel, when they started their collaboration in 2005, « the music of the world breathes through the strings of my violin » .

For her fifth opus, Voyage, Helene Engel leads us to a universe where Yiddish, Ladino, Hebrew, French, and English mingle together.

We will encounter Jewish standards from a variety of traditions (“Cuando el Rey Nimrod” and “Bay mir bistu sheyn”) as well as great lesser known songs (“Kesl Gardn” and “Mipi-El”), and on the way discover unusual pieces such as a 17th century French Jewish song and chansons from the late French singer Danielle Messia. Helene’s own compositions also appear on this CD.

The Trio Helene Engel began in Montreal in 2004 as a duet including Helene Engel (vocals and guitar) and Henri Oppenheim (accordion, percussion and backing vocals). In 2005 Marie-Neige Lavigne (violin and backing vocals) joined them. In 2012, Melanie Bergeron entered the bal, replacing Henri, making the new formula of the Helene Engel Trio an all feminine team. You will be captivated as they guide you through this wonderful profusion of exotic and familiar flavours and savours.

We cross rhythms and styles, from cantorial singing to traditional tunes, from realistic chansons to children’s songs, from ballad to tango, from Klezmer to Middle-Eastern melody. With these multiple orientations we find the joie de vivre, the humour, the playfulness, the sensitivity and the warmth that characterize Helene Engel.

Author, composer and performer, she invites you into her world with her joyful and warm, pure and crystal-clear voice, modulating the passion to live and to love in all registers.

Citizen of the world, Helene Engel traces her steps upon the paths of many traditions, starting with those of her own country, France. Discovering the folklores of Russia, America, Spain, and England… even delving into Persian and Swahili… she ultimately has dedicated herself to Jewish music of the world.